In Germany, individuals earning less than 1250 Euro per month net, and families earning less than 2627 Euro are at risk of poverty. On this income, people are not living or starving on the streets, but the money they earn is not enough to participate meaningfully in society.

At 16.6 percent of the population, the number of people in Germany who are threatened by poverty reached a new high last year. Helen Dambach and Mats Pachalli are analyzing how people experience poverty, and why they are revealing their problems. Universität Hamburg—University of Excellence funds research projects as part of the Excellence Strategy of the Federal and State Governments.

A minimal pension, unemployment, intermittent employment, or illness, the reasons for a life with little money differ from individual to individual. In the face of inflation since May 2022, rising living costs have made over 100,000 people starkly aware they are living in poverty. They have taken to the social network Twitter to describe their experiences, feelings, and the worries that affect their lives with the hashtag #IchBinArmutsbetroffen.

They include stories like: “Raised as working poor. We slipped into poverty due to my father’s cancer. I am afraid I will never not be poor. If you are poor, you stay poor. Statistically proven.” Another user, who says they have worked for 30 years despite chronic illness, but still lost their job, wrote: “Unfortunately, the last 10 years have just made me sicker. That means, I will be stuck in this situation for the rest of my life. I can’t change anything about it. It is degrading.”

Listening to the voices of the affected

In their research project #IchBinArmutsbetroffen—publicly discussing personal experiences with poverty, Helen Dambach and Mats Pachalli are examining the problem. They are supported in this by Holger Schoneville, junior professor for Social Pedagogy at Universität Hamburg. The project group is examining how people affected by poverty speak about their own experiences of it. “We want to find out how people experience living in poverty, and why it feels that way,” explained Mats Pachalli. He, like Helen Dambach is studying educational science at Universität Hamburg.

The student research groups program at Universität Hamburg—University of Excellence enables student research groups to assume responsibility for their own academic project. The program calls for applications twice a year as part of the Excellence Strategy of the Federal and State Governments. Helen Dambach and Mats Pachalli will receive funding for a year, along with 12 other groups. There is approximately €99,000 available for this round.

With their research, Dambach and Pachalli want to contribute to the social pedagogic discussion about poverty and subjectivity. At the same time, they appreciate the opportunity to conduct their study over a longer period of time. “This way, we can find out whether academic work is something that we want to do professionally,” says Helen Dambach.

Poverty is not an isolated destiny

About 13 million people in Germany were living below the poverty line in 2021, earning less than 60% of the average income. This often carries feelings of shame and is rarely publicly discussed. It is a different story with the Twitter hashtag #IchBinArmutsbetroffen, which lets those affected by poverty directly publish their stories and participate in the public and political conversation.

On 10 November the Center for Interdisciplinary Studies and Academic Skills (only available in German) at Universität Hamburg hosted a day for student research groups. It started at 12 o’clock in the atrium of the State and University Library Carl von Ossietzky. Presentations, workshops, were conducted over the afternoon until 7 pm, including an informal discussion on topics like creating an academic poster, or how to best work together in a research group, All students who have completed their first semester are warmly invited, whether for an hour, a workshop, or the whole afternoon. Anyone who would like to be sure to get a place in the workshop should register beforehand via the Center for Interdisciplinary Studies and Academic Skills.

More information, and the program is available here (only available in German).

28.11.2022|Excellence Strategy
Liberal Arts and Sciences “We are talking about current topics in their historical dimensions.”
As part of the Excellence Strategy of the Federal and State Governments, Universität Hamburg is developing a degree program in the liberal arts and sciences. The program is set to begin in Winter Semester 2023/2024 but there are already some exciting opportunities, including ones open to the general... 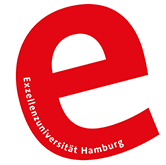