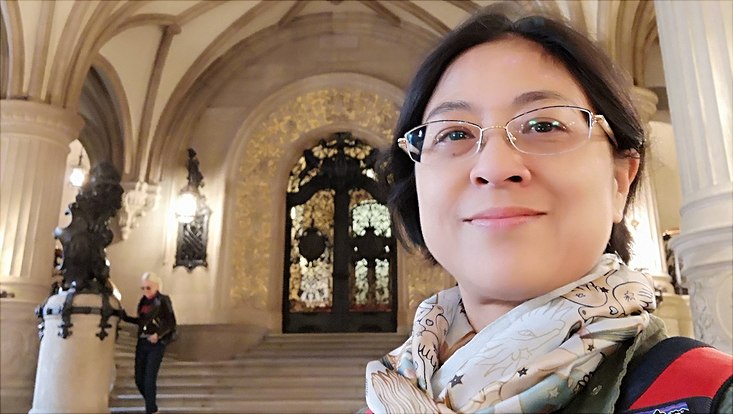 In my role as professor of English Literature, I am very pleased to offer my testimonial to MQ-FU-HAM trilateral collaboration project.

I had participated in two meaningful events of this project. The first is the trilateral conference, Modernisms and Modernities East, West, and South: Comparing Literary and Cultural Experiences, held in 19-22 July 2017, at Fudan. Near 70 scholars from various universities attended this event to share their research – mostly though from Macquarie, Fudan, and Hamburg – and some early-career scholars and postgraduate students from local Shanghai-based institutions were also welcomed to take part in the panel discussions. In this conference I gave a working paper on the long-forgotten and controversial Taiwanese novelist, Liu Na’Ou, discussing his life trajectory in terms of the progress of modernism, nationalism, and revolutions in the early 20th century Shanghai. My talk received some insightful comments from other scholars, for which I was very grateful.
This conference could be considered as the most stimulating international conference on world literature as held at Fudan during the recent decade and can certainly be counted one of the most exhilarating in Shanghai that year. This particular trilateral project owed its fruition to the organizational endeavors of the following scholars: professors Susanne Rohr and Ute Berns from Hamburg, Nick Mansfield and Toby Davidson from Macquarie, Sun Jian and Zhu Jianxin from Fudan.

The second trilateral event I took part in happened in July 2019, as I was invited to co-teach the summer school Global Modernisms / Global Modernities: Developing Transcultural Readings Practices in a Global Age, held in Hamburg, 1-26 July 2019, which was also supported by the generosity and auspice of DAAD. I took this opportunity to share with the attendants my understanding of Modern Chinese literature -- a category of literature with distinct historical significance that initiated my childhood love for reading. This summer school was taught by scholars from Macquarie, Fudan, Hamburg, and many others institution leading to a fantastically diverse and intellectual scope of world literature. With the participation of about 12 students from various countries (3 from China) of Asia, Europe, and the Americas, this project successfully attained its aim: bringing people together and closer and nurturing mutual understanding and open-mindedness.

In particular I wish to thank the coordinator Dr. Jolene Mathieson, and the academic support she got from the Institute of English and American Studies, UHH. A close take at the program would immediately convey both the extent of scholarly enrichment this program was designed to offer, and the innovative, interdisciplinary commitment Humanities Education rightfully shoulders. This summer school was further supported by the Department of International Affairs of the Universität Hamburg, for which I would like to thank them for their consideration and dedication throughout this summer school (My students and I all agreed that the program was excellent and we were very well looked after during our stay in the exciting city of Hamburg!) and their conscientiousness and benevolence throughout the span of years when this trilateral project was undergoing.

Since August 2019 I took office at the director of Office of Global Partnerships, Fudan University; so, for the past one year I was learning the ropes of how to improve my university’s partnership with the world’s prestigious higher education institutions. Frankly, I was much inspired by the diligence, thoughtfulness, and sense of commitment I personally witnessed from my experiences with overseas institutions, which means, from Hamburg for a large part, as for the past few years Fudan’s School of Foreign Languages and Literature had rather close interaction with the humanities faculties of the Universität Hamburg: we had had the honor of having Vice President Prof. Susanne Rupp to give an illuminating talk on the American confessional literature; professors Susanne Rohr and Ute Berns had each taught an intensive course at Fudan and had helped to nurture a couple of students in their pursuit of a future literary career; and many other UHH faculties and young scholars had visited us, participating in academic events. Speaking for myself, my School, and Fudan University, I am thankful to UHH for having played an important, facilitating role in this pioneering trilateral project. To boot, as I have witnessed, I am also made mindful that the university leadership needs to be perceptive and unhampered by arbitrary biases when it comes to consolidating one’s relations with global partners, especially in this time of shared global challenges.

The MQ-FU-HAM trilateral project has been an innovative, pioneering initiative not just in the field of Literature, but also in Fudan University. Though perhaps it has paved a more noticeable way for in-depth bilateral collaboration -- as Fudan is also highly appreciative of our partnership with Macquarie in selective areas, the contribution of this trilateral project to innovating and fostering the sense of a global academic community is beyond question and such a project will certainly, understandably, require more time, energy, and resources to cultivate. My hearty gratitude goes to the synergistic devotion and participation of those who have helped make the MQ-FU-HAM trilateral project possible and here is my belief that such initiative shall by all means continue, especially in this time of shared global challenges.