A win for hip hop, a bust for classical musicStudy calls current salary model for music streaming services into question 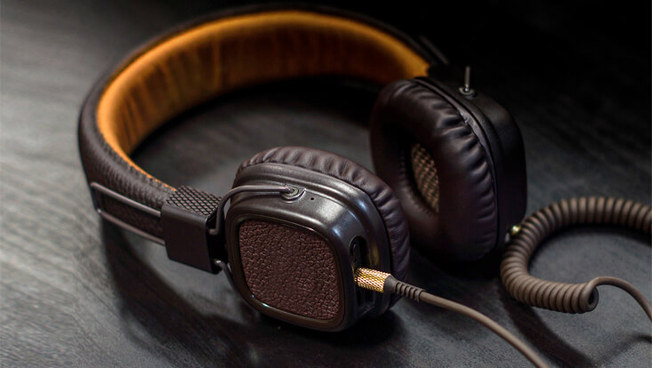 Out and about or at home—streaming is becoming more popular, but how should profits be paid out to artists?
How should profits from music streaming services be paid out to artists? The discussion is never-ending because with the current model, users also pay for music they don’t listen to. A new study by marketing experts at Universität Hamburg and the Kühne Logistic University has now calculated the impact. The findings were published in the Journal of the Academy of Marketing Science.

Currently, the profits that streaming services such as Spotify earn from user fees and advertising are paid to rights-holders using the pro-rata model. This means that all profits are pooled and, on the basis of the share of total tracks, paid out to the respective artists. This also means that users night be paying for music they are not listening to.

“Because the share of all tracks determines the money paid out, short-song genres profit most, with a segment of users listening who listen longer and for less money,” explains the head of the study, Prof. Dr. Michel Clement from the Faculty of Business Administration at Universität Hamburg.

The study, conducted jointly by Universität Hamburg and Kühne Logistic University, focused primarily on a comparison of the pro-rata model and an alternative, user-centric model. In the latter case, profits are assigned to the artist a user listened to in a given month, meaning the model is based on individual use.

The researchers evaluated data from an online panel survey among the German population. The survey included, among other things, individual information about how long streaming services were used, possible subscription fees, and genres listened to. The data was then analyzed in conjunction with available information from streaming services, for example, on the artists most listened to and their most successful songs.

Using specially developed formulas, the researchers distributed the calculated profits for both models and were thus able to confirm current shares for several genres. Compared with the royalty payments expected from the user-centric model, they calculated a share of €66 million per annum for rock songs and €30 million per annum for classical pieces using the current pro-rata model. The study also revealed that above all German and international hip hop were being subsidized to the tune of €109 million.

“A few genres, especially jazz, blues, and heavy metal, have longer average song times, fewer tracks within a specified period, and are thus at a disadvantage at pay-out. At the same time, pop, hip hop, and electronic dance music have favorable conditions thanks to shorter song times,” said Clement. Researchers also determined that song lengths in the last 10 years have decreased in almost all genres.

The authors encourage open discussion about the payment model to promote above all niche music and local artists and create a more diverse and lively music landscape.