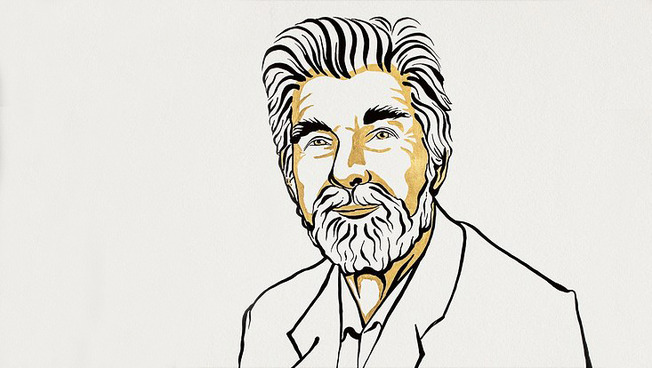 Prof. Dr. Klaus Hasselmann
Universität Hamburg is congratulating Professor Emeritus Klaus Hasselmann on being jointly awarded the Nobel Prize for Physics, together with Syukuro Manabe from the USA and Giogio Parisi from Italy.

According to the Nobel committee in Stockholm, the physicists are being honored for their “groundbreaking contributions to our understanding of complex systems.” Hasselmann’s work has made a significant contribution to understanding global warming and humanity’s role in the process.

On hearing of the award, University president Univ.-Prof. Dr. Dr. h.c. Dieter Lenzen said “What wonderful news I would like to offer Professor Klaus Hasselmann my heartfelt congratulations on the recognition of his work with the Nobel Prize for physics. Universität Hamburg is proud to have a researcher who began his path to becoming a world leader in physics with studies at Universität Hamburg, and who went on to complete his Habilitation here, and eventually become the director of the Institute of Geophysics at the University. As such, he is rightly seen as a maven of climate research at Universität Hamburg, which has been garnering great recognition as a cluster of excellence since 2008. Under his guidance, Universität Hamburg has become the international center of climate research. The University would like to thank Klaus Hasselmann for his work, and wishes him all the best!”

Prof. Dr. Detlef Stammer, director of the Center for Earth System Research and Sustainability (CEN) and spokesman for the Cluster of Excellence Climate, Climatic Change, and Society (CLICCS) at the University adds “Klaus Hasselmann has not only worked successfully in the field of climate research here in Hamburg, he has also laid important foundations internationally. As the central ‘engineer’, he has created physical climate models that allow us to understand and predict climate changes. We, and the international research community, have and are still profiting from these models—they form the basis of our daily work—for example, the calculations and the reports of the International Panel on Climate Change (IPCC).”

Klaus Hasselmann began his scientific career at Universität Hamburg, where he earned his Diplom studying mathematics and physics between 1950 and 1955. In August 1963 he returned to Universität Hamburg to do his Habilitation (postdoctoral qualification). After 2 years working as a lecturer, he was appointed to a professorship in 1966 and lead the Institute of Geophysics at Universität Hamburg between the years 1969 and 1972.