Cheers to that: Universität Hamburg represents the Hanseatic City of Hamburg and the whole of northern Germany as one of the university institutions to be recognized as Universities of Excellence.

Dr. Peter Tschentscher followed the announcement live in the University administration building in Mittelweg, and offered his personal congratulations.

Spontaneous and resounding applause: Delight at the hotly-awaited decision.

Heads held high: walking with a smile into a new era as a University of Excellence.

Universität Hamburg is a University of Excellence. The official announcement was made by the Federal Minister of Education and Research, Anja Karliczek, today in Bonn. The announcement was enthusiastically followed by many delighted members of the University via livestream.

Balloons, confetti and happy cheers erupted from the Executive University Board, staff and guests as the announcement was made for the second funding line of the Excellence Strategy of the Federal and State Governments (ExStra).

“This journey will simply be first-rate!”

President of Universität Hamburg Prof. Dr. Dr. h. c. Dieter Lenzen said: “Mission accomplished: we did it! For the first time in the history of its existence, there can be absolutely no doubt about it: our University is certified top class. First of all, I want to thank the many members of the University, from the researchers to the coordinators and management staff, who contributed to this accomplishment. In addition, I also want to thank those members whose daily work facilitated such a triumph: From our HR staff to our building service teams, student assistants and lab technicians, our professors and our research associates.

Starting today, I never again want to hear Universität Hamburg is “at best average.” That is now proven to be untrue. The German Council of Science and Humanities has seen the sharp increase in performance over the past five years, which along with our shared concept of a flagship university, was the reason for our success. All crew members and passengers on this great journey ahead of us will work closely together to safely navigate our way to further success, and to continue to serve the City of Hamburg. This journey will simply be first-rate!”

The winning concept: “A Flagship University"

ExStra is a competition for funding for top-level university research in Germany. Universities of Excellence thus serve as Germany’s flagships in the international flotilla of higher education institutions. In this vein, the Universität Hamburg proposal was submitted under the slogan ‘A Flagship University: Innovating and Cooperating for a Sustainable Future.’

Universität Hamburg’s excellence proposal contains 24 measures to be implemented over the next 7 years using the funds granted. The University will appoint 11 new professorships with top-level researchers, invite numerous visiting scholars to come to Hamburg to conduct research and teach, and will launch additional funding instruments such as a fund to provide quick and unbureaucratic support for research projects. The entire University will profit immensely from these 24 measures,” explained Prof. Lenzen.

Universität Hamburg had already gained funding for all 4 of its proposed clusters of excellence in late 2018.  Since then, Hamburg has been considered a hot candidate for University of Excellence funding. A total of 17 universities and 2 university consortia applied for this funding. The 10 winning universities and 1 university consortium will receive a total of €148 million in funding per year, initially until 2026, when they will be evaluated. If the evaluation is positive, the grant will be extended for at least 7 more years. 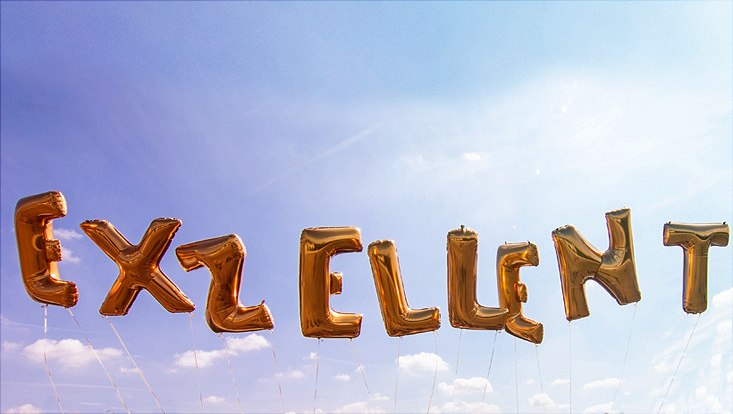 Impressions of the announcement

Universities granted 2 or more clusters of excellence in the first phase of the Excellence Strategy of the Federal and State Governments (ExStra) were eligible to submit proposals in December 2018 to become Universities of Excellence. Some universities chose to form consortia for this purpose. The development and execution of the University of Excellence funding line was undertaken by the German Council of Science and Humanities (Wissenschaftsrat, WR.) This included a review of participating universities, including an on-site visit. Based on these reviews, a committee of experts, made up of 39 scholars, the Federal Minister for Education and Research (with 16 votes), and the ministers of science and research from the 16 Federal States (each with 1 vote), made their decision today, 19 July 2019. Read more about Universität Hamburg in the Excellence Strategy. Read more about Universität Hamburg in the Excellence Strategy.

04.11.2022|In focus
World Climate Conference: “We Must Consider Justice Across the Board”
This year, the 27th World Climate Conference is taking place in Egypt. Dr. Jan Wilkens from the Cluster of Excellence Climate, Climatic Change, and Society (CLICCS) to attend as a spectator. He is an expert in guiding climate policy and climate justice.

11.04.2022|In focus
New research office at the WISO Faculty: “By focusing on knowledge exchange projects, everyone wins.”
Do adults with illness want to be cheered up by clinic clowns? How accessible are Hamburg sports facilities for disabled individuals really? The newly created Research Office for Social Innovation (ROSI) at the Faculty of Business, Economics and Social Sciences answers questions like these.