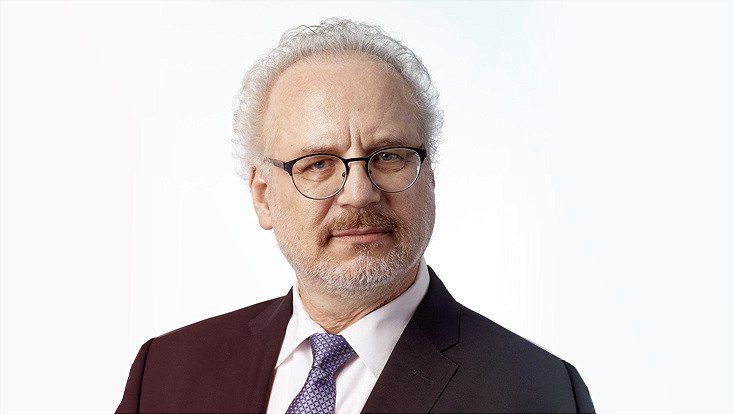 Egils Levits’ Hamburg Speech on Europe will be followed by similar speeches by other distinguished European political figures in years to come.
What holds Europe together? This is the question that opens the discussion for the Hamburg Vigoni Forum on research, policy, and society. The forum’s first Europa Conference will begin with a speech by the President of Latvia and alumnus of Universität Hamburg, Dr. h.c. Egils Levits.

The first Europa Conference of the Hamburg Vigoni Forum is focused on the significance of sovereignty and identity in European integration, particularly in terms of current integration policies. Thus, Dr. h.c. Egils Levits is addressing the future of Europe as a community of shared laws and values in his address.

We warmly welcome you to take part in his opening address and the subsequent discussion: 24 February 2022 at 5 pm

The event begins with a greeting from Universität Hamburg president Univ.-Prof. Dr. Dr. h.c. Dieter Lenzen, and a welcome address by Almut Möller, state secretary and representative of the Free and Hanseatic City of Hamburg to the Federal German government, the European Union and for foreign affairs. Egils Levits will commence his address at 5:15 pm, followed by a podium discussion at 6 pm, moderated by Prof. Dr. Markus Kotzur, president of the Europa-Kolleg Hamburg. This discussion will feature, in addition to President Egils Levits and state secretary Almut Möller, also Dr. Linn Selle, president of the European Movement Germany, as well as Ivo Belet, senior expert in the cabinet of the Vice-President of the European Commission for Democracy and Demography. The event will be conducted in German. Discussions will be held in English. View the program here.

Levits, who was born in Riga, was forced to leave the Soviet Union in 1972. He attended school in Münster, and attended Universität Hamburg, first to study chemistry, and then law and political science. He worked as a judge in the European Court of Human Rights from 1995, and the European Court of Justice from 2004. He was elected president by the Latvian parliament in 2019.

His Hamburg Speech on Europe will be followed by similar speeches by other distinguished European political figures in years to come.

Universität Hamburg hosts the Hamburg Vigoni Forum as an international strategy conference in collaboration with the Europa-Kolleg Hamburg, the Institute for Peace Research and Security Policy and the German-Italian Centre for the European Dialogue, Villa Vigoni. The University funds the Forum from resources granted in the Excellence Strategy of the Federal and State Governments.