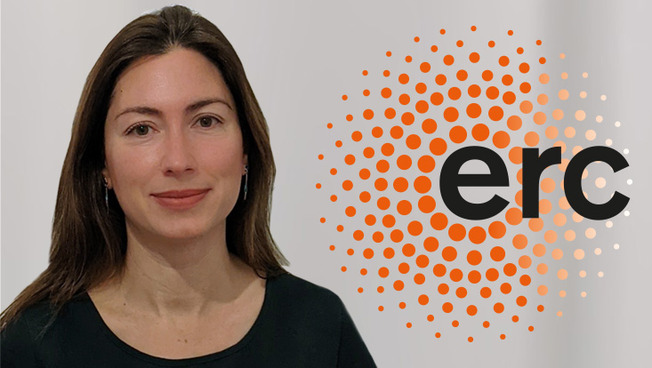 The method developed by the researchers is called "Laser-Assisted DNA Optical Mapping (LADOM)" and can detect DNA molecules from a sample in real time. It requires less than a microliter of fluid, is fast and easy to interpret, and can detect very small DNA fragments.

"With proof of concept funding from the European Research Council, we will now work towards offering a service to analyze samples from our research partners at the biomedical field, for example from the University Medical Center Hamburg-Eppendorf using LADOM to standardize the technology. This will help us to build relationships with potential stakeholders and to be able to tailor the most requested applications for our method, which will be the first to market," says Dr. Irene Fernandez-Cuesta. "In addition, we will develop software to automate the data analysis to increase the throughput of the tests."

Liquid biopsy is a method for monitoring cancer, which does not require tissue to be removed from the affected organ. Instead, the material used for screening is obtained from blood, which contains circulating tumor material such as cells, DNA and RNA. Currently, this technique cannot be used routinely. One of the biggest challenges so far has been the very small amount of material available for analysis that is surrounded by other DNA from healthy cells. It also relies on DNA sequencing methods, which are still expensive, time-consuming and not easily accessible.

The research team's new method addresses this: It requires little liquid, is faster and also easier to read than sequencing. The equipment needed is also much cheaper and easier to manufacture. Because no microscope, pumps, voltage sources or cameras are needed, it could possible in the future to use the technology outside the research lab and even make the device portable. The team is currently exploring this possibility in collaboration with a DESY research group. "In the future, this will make it possible to monitor the effectiveness of a treatment almost in real time, to detect metastases at an early stage, and even, in the distant future, to enable early detection of primary tumors even in routine blood analysis," Fernandez-Cuesta says.

DNA analysis also has applications in forensics, paleontology, evolutionary science, animal and plant species control, food traceability and various rapid medical tests. All of these fields would benefit from a device for low-cost and rapid analysis of DNA.

Scientists and researchers who have already received funding from the European Research Council and want to explore the economic and societal potential of their research can apply for the Proof of Concept Grant. The Proof of Concept Grant provides funding for 18 months and a lump sum of €150,000 for the first steps of translating research results into pre-competitive development of commercially and socially valuable offerings.