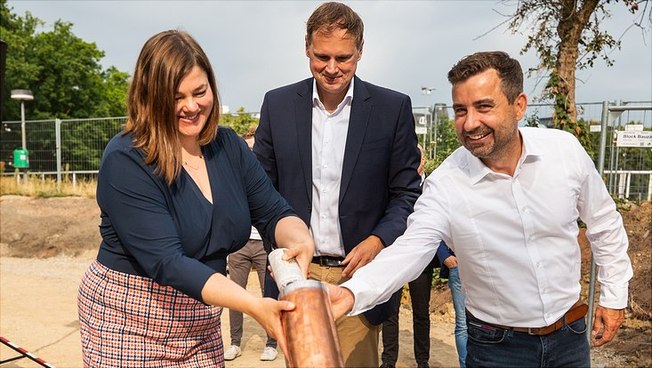 Filling the time capsule (from left) Katharina Fegebank, Prof. Dr. Hauke Heekeren, and Stephan Dittrich
Whether for international doctoral researchers, visiting scholars, or new appointments from abroad: Universität Hamburg will be able to welcome them all to a new Gästehaus. Right next to the Museum am Rothenbaum—Kulture und Künste der Welt (MARKK) and thus also close to many University buildings and the central von-Melle-Park Campus, a total of 63 modern 1–3 room apartments are being constructed on Feldbrunnenstrasse. The foundation stone was laid today for the new construction, run by Universität Hamburg. Opening is scheduled for 2024.

Katharina Fegebank, Hamburg’s senator for science and second mayor of the Free and Hanseatic City of Hamburg, Prof. Dr. Hauke Heekeren, president of Universität Hamburg, and architect Stephan Dittrich from the architecture agency Trabitzsch Dittrich Architekten lay a small clay plaque bearing the Universität Hamburg emblem to mark the laying of the first foundations, along with a small copper time capsule, containing a copy of the New York Times International Edition and the construction plans for the new Gästehaus, which was embedded in the foundations.

Senator Katharina Fegebank, said of the occasion, “Academic curiosity brings researchers from around the world together. And this curiosity knows no institutional or international boundaries. Universität Hamburg is a place of academic exchange, internationalization is a key focus here. And that pays off. More and more researchers are coming to our city as visiting scholars. That is a development that clearly shows that Hamburg as a center of scientific endeavor has an international reputation that is very attractive. That’s why I am very happy we are able to lay the foundations for the new Gästehaus der Universität Hamburg today. This is how we advance the international academic exchange, meaning we can, in the future, welcome even more guest researchers to our city.”

Stephan Dittrich, on the plans: “The design chosen for the new Gästehaus der Universität Hamburg is a vibrant free-standing building, which is entirely in keeping with the urban surroundings. The choice of brick as the facade material is in aesthetic alignment with the local context, without losing its individuality. The gradual height development follows the eave lines of the neighboring buildings. Another special feature is surely also that each of the apartments has a loggia or terrace. This allows the residents direct access to the outdoors, and thus offers a higher quality of living.”

The apartments and common rooms will be built over 8 floors and 3,652 square meters according to plans by the Swiss architectural firm Buchner Bründler Architekten AG based in Basel. Wheelchair access is provided from the ground floor to the upper entrance hall, where guests will be greeted by a concierge. The 63 apartments are grouped around the central entrance hall on each floor, with a second common room added from the second floor up. The many different meeting spaces are designed to encourage academic exchange between the international residents. The new Gästehaus der Universität Hamburg is also intended to act as a living space for international doctoral researchers who are often older, meaning the apartment run by student services are not appropriate, or who have other needs, as they are arriving with family members.

The researchers will benefit from the proximity to the central University campus at von-Melle-Park, their location in the inner city, and good connections with public transport. All these conveniences mean they can fully concentrate on their research while they are here. The facade of the 25 meter high building has made deliberate references to the Wilhelminian villa architecture and the imposing MARKK in its immediate surrounds, for example, by using a red brick facade. Construction is estimated to cost a total of 17 milion Euro.

The new Gästehaus will add to the existing Gästehaus der Universität Hamburg in Rothenbaumschaussee. The 39 apartments, consisting of five 2-room apartments and 4 studios will continue to be operated by the Stiftung Weltweite Wissenschaft, but these are no longer enough to house the increasing number of international researchers coming to Universität Hamburg. 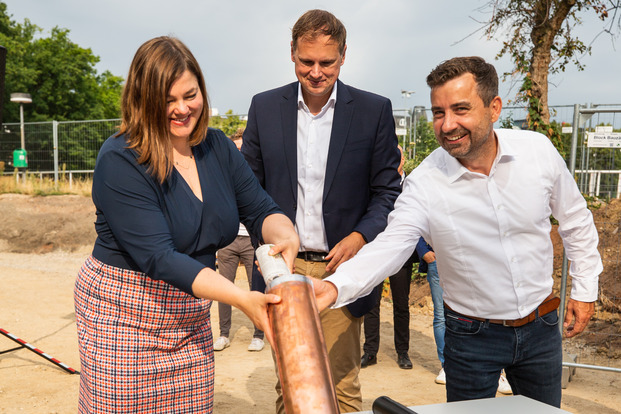 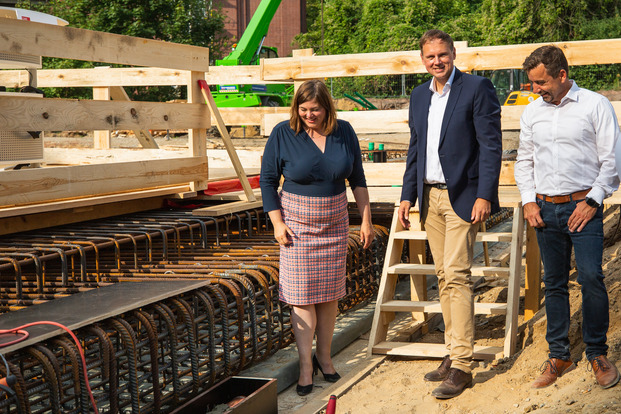 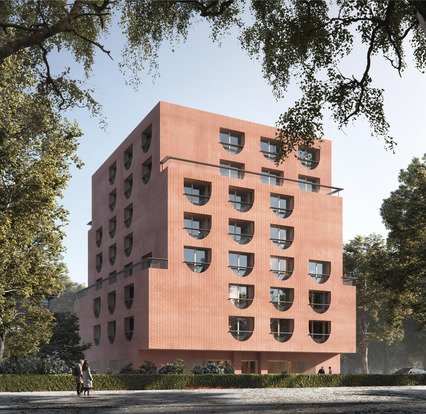