Historical astronomical photographs completely digitalizedPreserving the Past for the Future 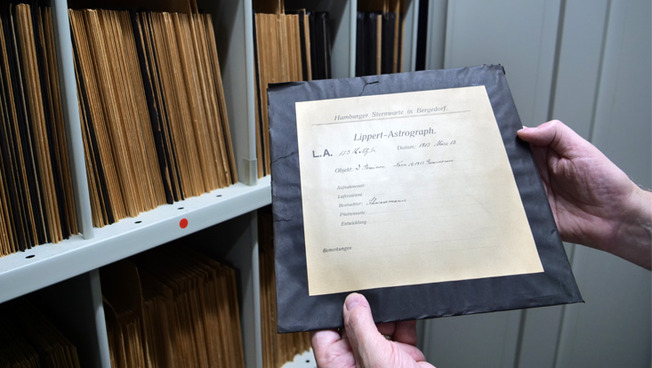 A view of the cupboard holding the photographic plates at the Hamburg Observatory— in the foreground a photographic plate from 1913.
Ten years ago, researchers at Universität Hamburg jointly initiated a research alliance to digitalize astronomical photographic plates in high resolution, publish these online, and make them available for current research. Now, 121,860 scans and 94,090 photographic plates later, the project funded by the German Research Foundation (DFG) is coming to a successful close.

The archives of the participating observatories hold countless photographic plates with astronomical footage, some dating back more than 130 years. In addition to their cultural and historical value, these plates are a veritable treasure trove for current research; the plates, and especially the plate series, show the movement or development of stellar brightness, in some cases over the course of decades.

Phenomena not yet scientifically understood at the time were observed over long periods and can now be studied. When today a star becomes a nova or even a supernova, we can refer to the archives to see how the star behaved decades before. The sky is literally the limit when it comes to the scientific use of these plates. “Naturally, the photographic precision is not comparable to that of today’s modern measuring methods, but the precision of the digitalized photographic plates would have been absolutely inconceivable when they were first made,” says Dr. Detlef Groote from the Hamburg Observatory at Universität Hamburg.

In 2010, historical photographic plates had already been scanned at the Hamburg Observatory and important metadata such as the dates on which the plates were made, the section of the sky, and the conditions for taking the photographs were correlated and saved in a database. Due to long scanning times and huge amounts of data, things proceeded at a snail’s pace: “I had estimated that, with 35,000 photographic plates in the most varied of sizes, I alone would need 20 to 30 years just to scan everything.”

But in 2012, the observatory created a research alliance with the Leibniz Institute for Astrophysics Potsdam, the Friedrich- Alexander-Universität Erlangen-Nürnberg, and the University of Tartu in Estonia as part of the APPLAUSE project (Archives of Photographic PLates for Astronomical USE). Technological innovations also played a role, such as an artificial intelligence software developed in Potsdam and Tartu designed to recognize dust and scratches on the digital photographs, to sort these out, and to calibrate them using the most up-to-date catalogs (e.g., of Gaia satellites) in order to render current measuring data comparable. “Working with several staff members and voluntary helpers made it go a lot quicker and we have now even digitalized 45,000 photographic plates,” says Dr. Groote, who headed the project at the Hamburg Observatory and, at 73, has brought it to a successful end.

Thanks to scientific publications and conferences, further observatories have become aware of the project and are now making their own digitalized archives available for the APPLAUSE database—for example, the Vatican, which has an observatory at the pope’s summer residence in Castel Gandolfo.

After more than 10 years, almost 4.5 billion measurements from the digital photographic plates have been collected, calibrated, and published in the context of APPLAUSE. The data are available to researchers all over the world and are part of the international virtual observatory.

See the APPLAUSE website and the Hamburg Observatory’s online archive for more information. 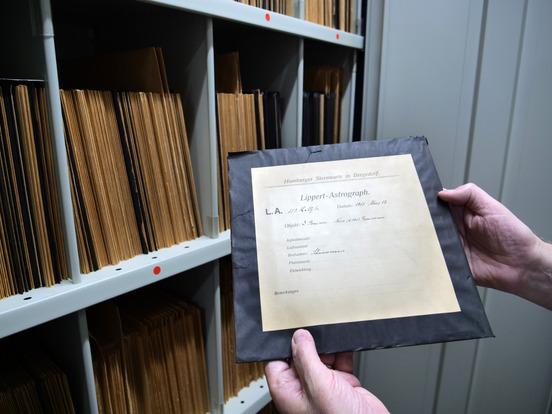 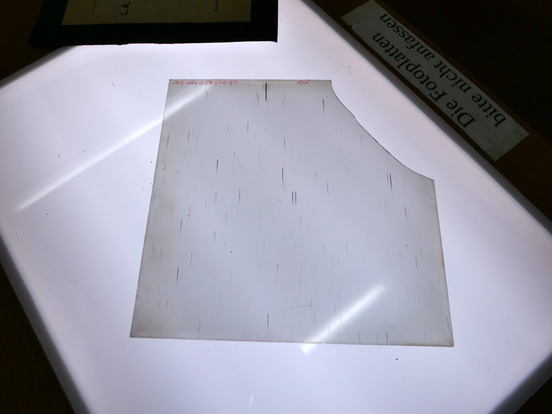 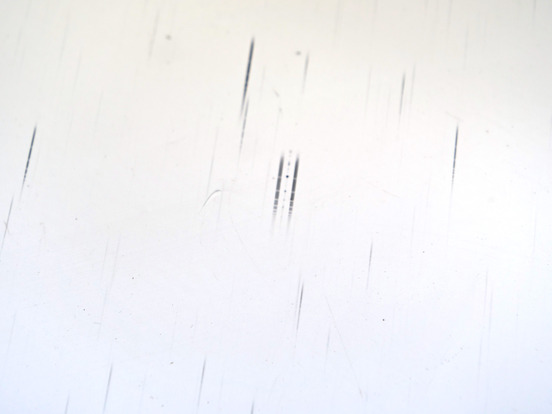