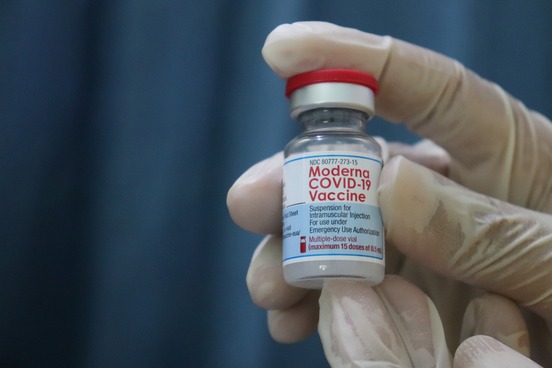 Coronavirus vaccine
In Germany, 65 percent of people support mandatory vaccination against COVID-19 for all adults, while 60 percent are in favor of mandatory vaccination for all age groups, including children. These were the findings of the latest European COvid Survey (ECOS), which is conducted by the Hamburg Center for Health Economics (HCHE) and Universität.

When it comes to mandatory vaccination for specifics groups—for example, medical personnel, public sector employees, people with preexisting medical conditions, and the elderly—70 percent are in favor. “Support for mandatory vaccination therefore appears to be more of a general decision of the people. Who it ultimately applies to plays a secondary role,” says Prof. Dr. Jonas Schreyögg, academic director of the HCHE. Essentially, it shows that the older people are, the more they support mandatory vaccination. Also, northern and western Germany show the greatest level of approval for such a measure. Roughly one in six people, however, remain undecided about mandatory vaccination.

Notwithstanding the current discourse on possible mandatory vaccination, 81 percent of respondents in Germany are concerned about the divide between those who are vaccinated and those who are not vaccinated. Of the 8 European countries surveyed, this level of concern was lowest in Denmark with 68 percent, followed by the United Kingdom with 71 percent.

See a graphic representation of the results at https://www.hche.uni-hamburg.de/en/corona.html.

Note: The willingness to get vaccinated refers to the representative sample of the total population and includes vaccinated and unvaccinated respondents.

About the European COvid Survey (ECOS)

For the European COvid Survey (ECOS), 7,000 people in Germany, Denmark, France, Italy, Portugal, the Netherlands, and the United Kingdom have been surveyed approximately every 2 months since April 2020. The aim of the survey is to gauge the attitudes and concerns of people in Europe with regard to the ongoing pandemic. One focus is the topic of vaccination. Roughly half of the respondents have taken part multiple times. One section of the questions always remain the same and thus reveal changes over time. New questions that address current events are also included. To date, 8 waves have been carried out. Spain was added to the survey in July, increasing the number of survey participants to 8,000. The current survey was conducted from 23 December 2021 to 11 January 2022.

ECOS is a joint research project of the Nova School of Business and Economics (Portugal), Bocconi University (Italy), Erasmus University Rotterdam (Netherlands), and Universität Hamburg (with funding from the Excellence Strategy) and receives funding from the German Research Foundation (DFG).