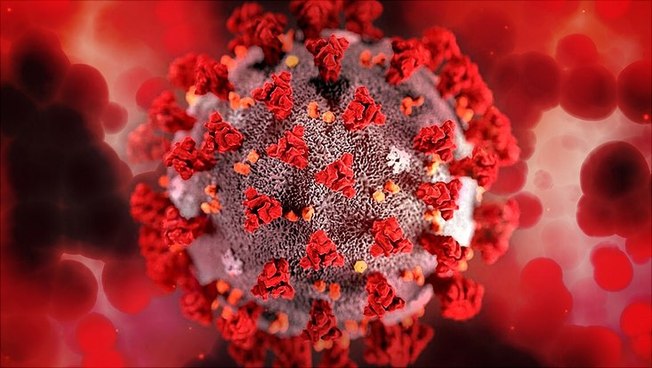 The corona virus: the pandemic mostly affected mental health
Two-thirds of the German population are concerned about new corona mutations; one-fifth of the population is very worried. At the same time, fewer and fewer people are prepared to renew their vaccinations, as the current representative European COvid Survey (ECOS) from May 2022 has revealed. The survey is regularly conducted by the Hamburg Center for Health Economics (HCHE) at Universität Hamburg, with over 8,000 people in 8 countries taking part.

"The population's oncerns about another wave is real and they show that for many people, the pandemic isn't over yet," says Prof. Dr. Jonas Schreyögg, scientific director of the HCHE. This is not true only in Germany but in other European countries, as well. Over 75 percent of the people in Spain, Italy, and Portugal fear new mutations; people in Denmark, however, are less worried (52 percent).

Nonetheless, the general willingness to get vaccinated decreased in Germany since the beginning of the year, from 86 to 83 percent. At 75 percent, the willingness to get boosters was even lower. Currently 16 percent of the population is against a booster shot while 9 percent said they are still uncertain. This puts Germany somewhere at the lower end of the middle in rankings, but significantly ahead of France, which easily ranked last. Only 74 percent of the French population is willing to get vaccinated and less than 60 percent advocate booster shots.

"The decreasing willingness to get a booster shot could mean another wave of corona and more infections in the fall and winter," says Schreyögg. He recommends taking timely communication measures and addressing people on the fence about a booster. Another target group would be the 20 percent who are willing to get vaccinated but have not yet received a booster shot.

Of those who are still uncertain, 34 percent said they do not trust the corona vaccine. For every second person, however, vaccines are, in principle, important. Moreover, the higher the level of education and information, the greater the willingness to get vaccinated against Covid-19. Furthermore, the more people inform themselves about the pandemic and the more they trust the information from their governments and the media, the more willing they are to get vaccinated.

Two years of the pandemic and the consequences

Despite reservations about the further course of the pandemic, most people have managed to survive the last 2 years in relatively good health. Two-thirds of those surveyed have not noticed any changes and for 11 percent, their health even improved. Nonetheless, 23 percent said their health was worse.

The pandemic had a somewhat stronger impact on the mental health of those surveyed. One-third reported negative consequences, with more women than men attesting to this. The pandemic had the greatest consequences when it comes to participation. For almost every second person surveyed (44 percent), the last 2 years were more difficult, for example, with regard to maintaining friendships or taking apart in social events. This was especially true for people over 55. Financially, the pandemic had no or even a positive impact (68 percent). Data reveals, however, that corona led to greater financial burdens for low earners and women in particular.

See https://www.hche.uni-hamburg.de/corona.html for a view of the findings from all surveys.

NB: Information about vaccine willingness is based on a represenative survey of the entire population and includes vaccinated and non-vaccinated subjects.

About the European COvid Survey (ECOS):

For the European COvid Survey (ECOS), people in Europe have been surveyed on their views and concerns about the pandemic since April 202.  The survey is now conducted in Germany, Denmark, France, Great Britain, Italy, the Netherlands, Portugal, and Spain. One focus of the survey is vaccination.  About half of those surveyed have taken part in the survey several times. A few of the questions remain the same, thereby revealing changes over time. There are also new questions each time that focus on the current situation.

ECOS is a joint project of the Nova School of Business and Economics (Portugal), Bocconi University (Italy), Erasmus University Rotterdam (Netherlands) and Universität Hamburg (using funds from the Excellence Strategy) and it receives funding from  the German Research Foundation.