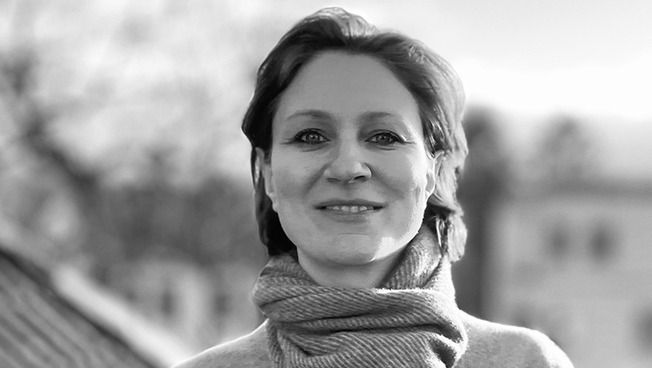 Prof. Dr. Tais Gorkhover has been a professor of experimental physics with a focus on X-Ray physics at free electron lasers in the Department of Physics at Universität Hamburg since June 2020.
When developing environmentally friendly chemicals or innovative material, you must be able to make exceptionally high-resolution images of processes in molecules and nanoparticles. Prof. Dr. Tais Gorkhover from Universität Hamburg is researching new image-producing procedures as part of her HIGH-Q project and is now receiving funding from the European Research Council.

The problem is familiar to users of pinhole cameras: a small, almost completely shut lens allows for a highly defined image but means a long exposure time. Quick movements are either blurry or invisible on the resulting photo. However, if you open the lens, you can reduce exposure times and photograph quick movements— while also sacrificing definition. Thus, resourceful photographers set up lamps to increase brightness. Despite a nearly closed lens, exposure times are shorter.

Tais Gorkhover, professor in the Department of Physics and an associated researcher in The Hamburg Center for Ultrafast Imaging: Cluster of Excellence Advanced Imaging of Matter, is using extremely short X-Ray flashes of just a few femtoseconds to light up her research specimens. Despite extensive efforts, it was not possible in the last few years to substantially improve the spatial resolution of the pictures beyond just a few nanometers. With the ERC Starting Grant, researchers in the HIGH-Q project should now be able to jump that hurdle by exploiting phenomena hitherto virtually unexplored.

“If a picture isn’t bright enough, then the resolution isn’t the best. For example, if you would like to see something in a dark room, you generally need to turn up the light. And the finer the structures are, the more light you need. We have found a way to make pictures taken with an X-Ray camera significantly brighter, allowing for better resolution,” explains Prof. Gorkhover. While the phenomenon has been known for awhile, the team headed by Prof. Gorkhover is using it for the first time to optimize imaging procedures. An initial test was promising and now the researchers are systematically studying and improving the application.

“As part of the ERC project, we will test more ideas and methods in the lab to improve the resolution limitations of X-Ray images,” says Prof. Gorkhover. Better measuring methods make it possible to create better images of very quick, basic processes such as chemical reactions or biological processes at atomic and molecular levels. In turn, this could create new possibilities for the development of environmentally friendly chemicals and materials and the decoding of natural energy processes.