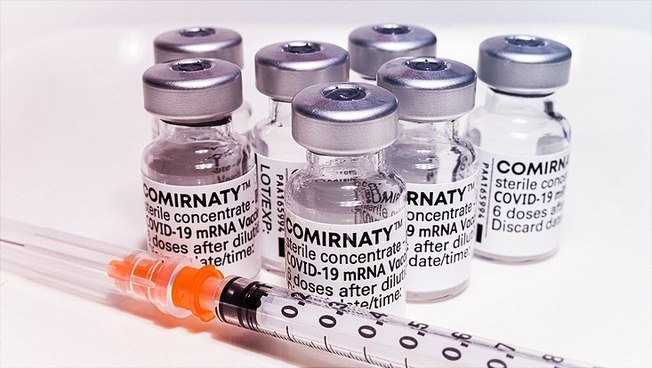 A strong preference for the BioNTech-Pfizer vaccine
Although the German public has been behind the containment measures since the coronavirus pandemic began over a year ago, an about-face is becoming apparent. A representative survey conducted by the Hamburg Center for Health Economics (HCHE) at Universität Hamburg has found that almost every second person disagrees with the measures and their implementation, and more than 40 percent indicated that management of the pandemic would influence their voting decisions. In addition, 57 percent spoke out in favor of dropping current vaccine priority groups.

Germans are growing increasingly critical of the management of the coronavirus pandemic: 59 percent find current measures ineffective, and 49 percent do not agree with how the coronavirus pandemic has been managed this year in Germany. This ranks Germany equal last with France of the 7 countries surveyed. The governments of the UK, Denmark, and Portugal all received good grades from their populations.

When asked about the current vaccine management, 58 percent of people in Germany disapprove, with almost half reporting they disagree with the decision to order the vaccine centrally via the EU. The populations of Denmark and Portugal, however, spoke out clearly in favor of the centralized EU approach.

The data was collected by the HCHE at Universität Hamburg via a survey conducted every 2 months, which saw over 7,000 people interviewed in 7 European countries. The current survey was conducted from 2 to 16 April 2021.

Growing vaccine acceptance, with a preference for BioNTech-Pfizer

While almost half the population in Germany had no preference for a specific vaccine in January, that number has shrunk to 26 percent. Now, 50 percent of the population prefer the BioNTech-Pfizer vaccine, with the Johnson & Johnson vaccine coming second with only 7 percent; 29 percent say they would openly reject the AstraZeneca vaccine. In contrast, only 16 and 15 percent of those surveyed in Germany were hesitant about the Russian Sputnik V vaccine and the Chinese Sinopharm vaccine, respectively.

The majority of Europeans surveyed (55 percent) would like to see more liberties for vaccinated people and welcomes the introduction of a European vaccine passport. About half of those surveyed were in favor of relaxing restrictions, for example, on traveling, going to restaurants, and attending cultural events. Germany saw the lowest response in this regard, with 42–45 percent.

Germans have become generally more skeptical regarding the information provided by the government: trust in official information has gone down by 8 percentage points since January 2021. “Those who do not trust the information, also refuse to be vaccinated,” explains Jonas Schreyögg. The same applies for people who are not well informed about the pandemic. Their willingness to be vaccinated lies at 38 percent in contrast to 79 percent of those who are well informed. Those less informed are almost twice as likely to have concerns regarding the safety of the vaccines.

See a graphic representation of the results at https://www.hche.uni-hamburg.de/en/corona.html.

The survey is a cooperation project between the HCHE at Universität Hamburg, the Nova School of Business and Economics (Portugal), Bocconi University (Italy), and Erasmus University Rotterdam (Netherlands). Universität Hamburg funds the project from resources granted in the Excellence Strategy. The survey was conducted in the following countries: Denmark, France, Germany, Italy, Netherlands, Portugal, and United Kingdom.