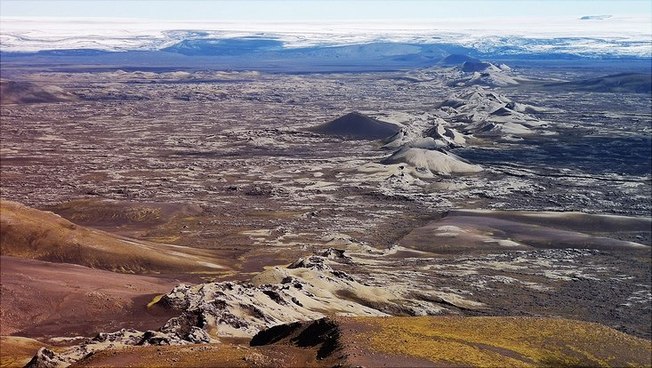 The Earth’s crust is constantly changing. The newest measurement technologies can now precisely detect these processes.
Each seismic wave that travels through the Earth’s crust slightly changes this layer. Cutting-edge sensor technology now allows us to reevaluate risks such as landslides or the stability of bridges and buildings. Prof. Dr. Céline Hadziioannou of Universität Hamburg coordinates the European-wide development of new methods for observing the Earth. The European Union is providing the network with approximately €4 million in funding over a 4-year period.

Within the scope of the project, new sensor technology possibilities will be theoretically and practically analyzed at 9 European research institutes. Together with government agencies and manufacturers, researchers will design and test new applications over the next 4 years. At the same time, 15 young scientists will be trained in the newest seismic methods.

“In order to exploit the new level of detail offered by this technology, we must not only adapt our physical understanding,” says Céline Hadziioannou, a geophysicist at the Center for Earth System Research and Sustainability (CEN) and the project’s coordinator. “Our research and training will fundamentally change the methodology of how we, in the future, observe the Earth’s crust and forecast potential natural hazards.”

The Earth’s crust is always in motion, even in the absence of earthquakes and volcanic eruptions. That can be observed as so-called seismic noise. These constant background signals stem from ocean waves and rivers pushing on the seafloor, coastlines, or riverbanks, as well as for example from large trucks driving over roads. Seismology can pick up and analyze this noise; in doing so, it can shed light on the Earth’s interior and its characteristics.

A new generation of measurement devices has given the field of geophysics access to additional data with unparalleled high resolution. For example, fiber-optic cables already in place can be used to pick up seismic waves. Many major cities are wired with these; there are even thousands of kilometers of fiber-optic communication cable on the seafloor, where no sensors have previously recorded movement. “We can pick up a signal roughly every 10 meters with only one sensor at the end of each fiber-optic cable. There is a huge amount of exciting information hidden in this data,” explains Hadziioannou. On land, so-called rotational sensors and denser networks of seismometers will further improve the spatial resolution of the data. “We will get a far more precise image of how the Earth’s materials change over time. The technology is ready for use. Now, we will develop a concept on how best to deploy it.”

On the one hand, this can contribute to the early detection of large-scale events, such as landslides or volcanic eruptions. At the same time, however, each event changes the material of the Earth’s crust wherever seismic waves have passed through it. This applies to an extensive area, not just within the immediate vicinity of an earthquake. The material of the rocks in the Earth’s subsurface softens and recovers over time. In the future, scientists will be better able to detect and observe such changes.

Seismological Parameters and Instrumentation (SPIN) is a Marie Skłodowska-Curie Innovative Training Network, funded via the European Commission’s Horizon 2020 program, which supports innovative scientific projects. The international networks support doctoral and early career researchers and aim to nurture the research skills of young talent and improve their career prospects. They also offer the possibility for research institutions to establish important strategic partnerships. For more information on the SPIN project, which is planned to start in March 2021, visit http://spin-itn.eu and https://cordis.europa.eu/project/id/955515.