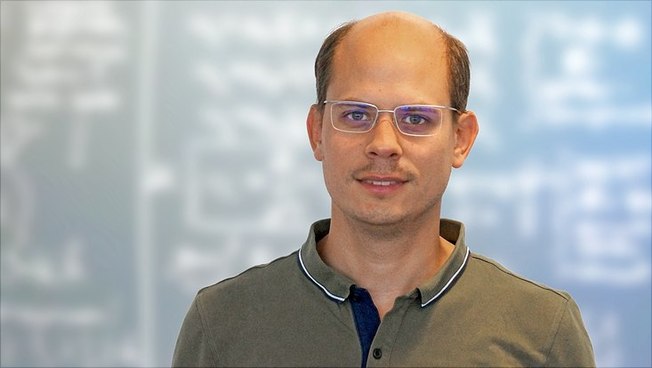 The new group is under the direction of Dr. Georg Rohringer.
The German Research Foundation (DFG) is funding a new Emmy Noether junior research group at the Department of Physics at the University of Hamburg that aims to systematically analyse, summarise and improve various theories in solid state physics. The junior research group will receive funding of around 1.2 million Euros for six years and will be launched in August 2019 under the direction of Dr. Georg Rohringer.

Theoretical physicists need easily calculable theories and models with which material properties can be predicted: Is the substance, for example, an electrical conductor or an insulator? Is the substance magnetic? And how do they reflect light waves? The difficulty of the various theories lies in the fact that they are supposed to represent reality as accurately as possible and still have to be greatly simplified, because otherwise even supercomputers would be overwhelmed by the calculation. The result is that many similar theories have been developed over the past ten years, but they only work well with a few materials.

The new Emmy Noether Group will first carry out a systematic comparative analysis of existing theories and will provide an overview of what each theory does. In the second step, the physicists will develop a new method to ensure the comparability of the different theories. "Different theories in physics should provide consistent results for the same problem," says Dr. Georg Rohringer. "But this is not the case with many current theories, and we want to change that."

Based on the preliminary work, the Emmy Noether team intends to propose a new general theory in the third step, which avoids the problems of the current methods and should be valid for as many material classes as possible. Such a model would not only be a breakthrough in basic research, it would also have great technological relevance. "Today, we are faced with the big question of how we can maintain our standard of living while still protecting the environment and climate. This is not easy, because we need energy," says Rohringer.

Dr. Georg Rohringer comes from Klosterneuburg in Austria, studied Technical Physics at the Technical University of Vienna and received his doctorate there. After working as a postdoctoral fellow at the Institute of Solid-State Physics in Vienna, he started researching at the Russian Quantum Center in Moscow at the beginning of 2016. On 1 August 2019, his Emmy Noether junior research group will start at the Department of Physics at the University of Hamburg.

The Emmy Noether-Program of the German Research Foundation (DFG) offers particularly qualified young scientists the opportunity to qualify for a university professorship over a maximum period of six years by leading a junior research group on their own responsibility. The program recalls Emmy Noether (1882-1935) who was a German mathematician considered a founder of modern algebra. Numerous phenomena and theories are named after her.