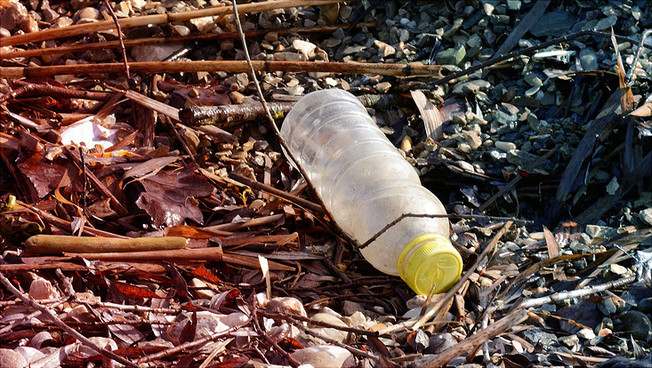 A Universität Hamburg study found that plastic-eating bacteria are more numerous and more diverse than previously thought. Can they help us solve the problem of plastics polluting our environment?
We only recycle a small amount of plastics such as PET (polyethylene terephthalate), used to make bottles and packaging. Most ends up in the environment, where it takes a very long time to decompose. According to the German Environment Agency (UBA), it takes up to 450 years for a plastic bottle to break down. Scientists first discovered a bacteria that attacks plastic and causes it to decompose in 2016. Researchers in Prof. Dr. Wolfgang Streit’s research group at the Biocenter Klein Flottbek at Universität Hamburg have now found out that there are many more of these plastic-eating bacteria and that they are more diverse than previously thought. The research team has just published its findings in the current issue of the journal Applied and Environmental Microbiology.

Microbiologists at Universität Hamburg analyzed the genetic make-up of bacteria found in various environments on land and in water using global databases. They discovered that many bacteria are potentially responsible for breaking down PET and that the genetic development of those bacteria is more diverse than previously thought. The research team investigated waste products occurring in bacteria when these broke down plastic together with the enzymes involved. While doing so, they discovered several hundred new enzymes, known as PET hydrolases. “We were surprised that the bacteria species involved are far more diverse than previously thought. Our characterization of 4 selected PET hydrolases expands our understanding of degradation mechanisms. Our study has confirmed, however, that the process whereby bacteria break down PET is a very slow.”