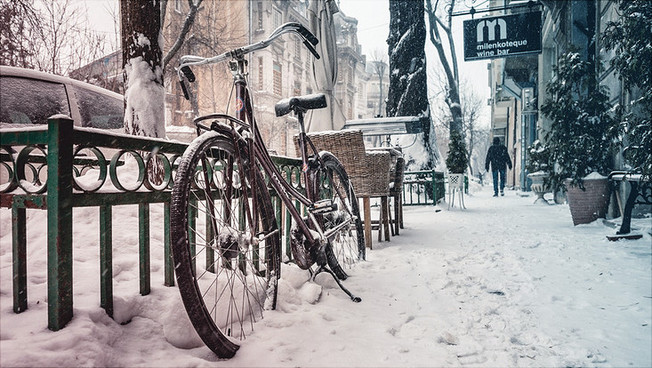 The winter in Europe has always been considered to be too unpredictable.
Thanks to a novel method, the quality of seasonal forecasts for the winter in many parts of Europe can now be significantly improved. To date, reliable forecasts could mostly be made for the Tropics. A team led by Dr. Mikhail Dobrynin and Prof. Johanna Baehr from Universität Hamburg’s Center for Earth System Research and Sustainability (CEN) has now released its findings in Geophysical Research Letters.

Three-month forecasts – also known as seasonal forecasts – provide average values for the weather over the next three months. With improved reliability, they could provide valuable data for agriculture and industry alike.

Yet the winter in Europe has always been considered to be too unpredictable, and the North Atlantic Oscillation (NAO) to be too chaotic. However, it’s precisely this interplay of the Icelandic Low and Azores High that greatly influences the winter in many parts of Europe. The NAO works like a giant switch that characterizes the direction of air currents over the Atlantic, an aspect that Dobrynin and his team put to good use. They found that, if we can predict the switch’s current position, it can provide us with valuable insights into future weather development in Europe.

With the aid of a new method, Dobrynin can now much more reliably predict the NAO’s switching phases: as an analysis of the winters from 2001 to 2017 confirmed, in more than half the cases the forecasts have improved. This marks the first time that a forecast for Europe demonstrated quality comparable to those for the Tropics.

“Though there have been a number of previous international and German projects on seasonal forecasts in Europe, the outcomes weren’t much better than if we had simply guessed,” Dobrynin explains. “Now, for the first time, we’re reaching a very good accuracy rate.”

To make that happen, the oceanographer uses what are known as “teleconnections”: links between specific regions scattered across the globe and the average weather in other regions. For instance, the amount of October snowfall in Siberia influences the coming winter in Europe, just as the North Atlantic Ocean, higher atmospheric layers and the Arctic do. Though teleconnections are difficult to identify and can also change over time, considering them in the analysis can apparently make three-month forecasts much more accurate – which also means they could potentially offer a valuable tool for better forecasts worldwide.

In the context of a European project, Dobrynin will now use the new method in four different forecasting systems, allowing the new tool and its performance be assessed in real-time. One is the German Climate Forecast System, which, just like the new method, was jointly developed by Universität Hamburg, the Max Planck Institute for Meteorology, the ETH Zurich and Germany’s National Meteorological Service.